the activity of "thousand enterprises unite thousand villages to build a new rural area" is launched by guigang government today. and yangxiang donates 25 million which will be used on the construction of new rural area in guigang. 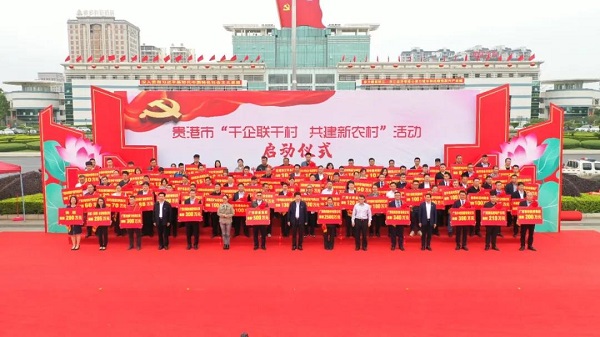 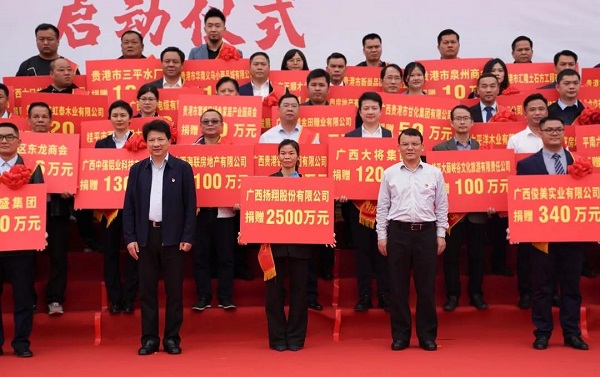 (he luchun, secretary of the guigang municipal party and committee, and lan xiao, the mayor of guigang, took a group photo with business representatives)