in the lobby on the second floor of the headquarters of guangxi yangxiang co., ltd., the company leader huang dingshou reported to the delegation on the spot. first, video was used to introduce the operation of yangxiang company, the situation of targeted poverty alleviation and the status quo of agricultural development in guagang city. then the delegation inspected yangxiang charity foundation, cppcc member yangxiang liaison room, yangxiang party building publicity corridor, party member activity room, social responsibility publicity board newspaper, etc.

huang dingshou reported that yangxiang party building in the enterprise gave full play to the combat fort branch and the exemplary role of party members, especially the party branch of dr. yangxiang, yangxiang has played an important role in the scientific and technological attack, the application of national and autonomous regional scientific and technological projects and awards; in terms of enterprises driving farmers to raise pigs and increase their income, huang dingshou reported that since the establishment of yangxiang company 20 years ago, with the mode of "company farmers", 2.3 million farmers have been driven to grow rich, with the average household income increasing by 18,320 yuan. in 2017, more than 2,800 farmers have joined "yangxiang family farm", with an average income of 78,000 yuan. the mode of "company base farmers (family farm)" has been used to drive more than 1,200 cooperative pig breeding households, with an average annual income of over 200,000 yuan. especially from february to may this year, many farmers lost about 200 yuan per pig when raising pigs, but the pig farmers who cooperated with "yangxiang farmers" did not lose, instead, they could earn about 170 yuan per pig. 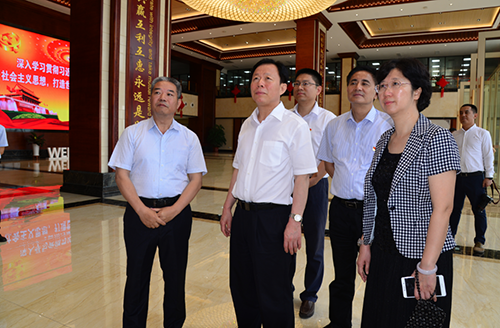 
previous：the third ppt international technical seminar officially kicked off: professional analysts multi-an
next：life is not only the price of pigs, and gas volleyball and friendship ah! the